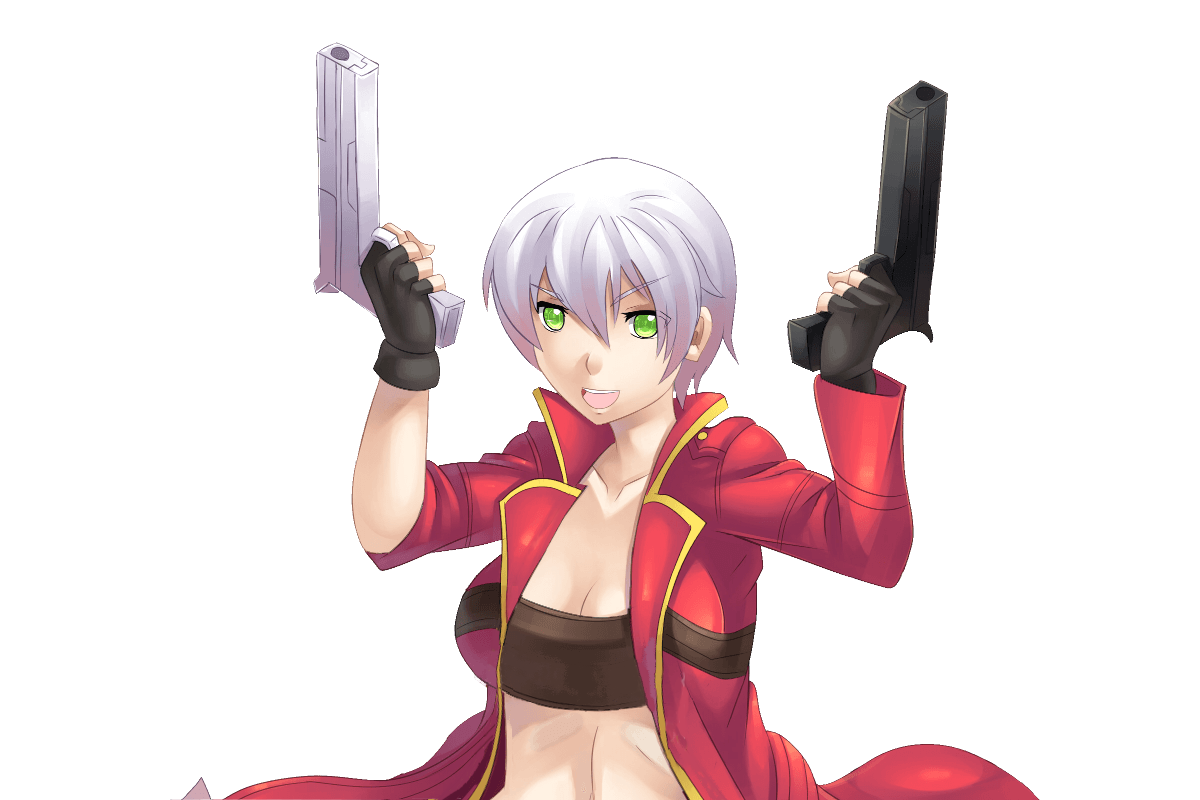 An epic three-day celebration of anime, video games, and music in Minneapolis.

www.scrubclubrecords.com
Submerged in the Minneapolis, Minnesota music scene (yes, it exists!), StarF is as much of an artist as he is a fan of Hip Hop. After writing lyrics for years and realizing he needed to find a way to transmute his words into song, he began his journey into rapping around April of 2006. After years of hard work and improvement, he finally found his way to Scrub Club, which was not just another record label, but a collection of people who he could relate to and call his family. Raised by internet culture and obsessed with music, StarF blends a mixture of poetics and edgy humor into everything he produces. Every new project is approached as the beginning of something that will better himself rather than a means to an end, and as so, StarF is consistently progressing and leveling up within the Nerdcore community. While socially awkward to a noticeable degree, StarF still loves everyone in the community he meets. Despite any awkwardness, he will never hesitate to grab a mic and rock it for a crowd.

Mattari is a nerdcore hip-hop artist who makes music for the love of music. Mattari is proud to stand by making free music that will always be free. Mattari started making music after listening to a bunch of old-school and nerdcore hip-hop for years, and realizing a natural talent for decent writing and hip-hop flow. Mattari will perform anywhere or collaborate with anyone for the love of making music.

Formed in 2009, the Soup Or Villainz base their operations out of South Bend, IN. This group of high class villains consists of Remi-son and Viet Vu with a slew of henchmen and henchwomen. These Soup Or Villainz are out for world domination...not for power but because its just something to do. Along with their hypnotizing beats and lyrical mysticism, they use their strong intellects to turn the youth into mindless zombies one song at a time.

www.fuzzymachete.com
With cerebral (often snarky) lyrics and a very straightforward "garage rock" aesthetic, Fuzzy Machete is a staple of the nascent "nerdpunk" scene in the Twin Cities. Formed in 2009, Fuzzy Machete consists of Krissandra on Vocals and Bass, Tara on Guitar, and Jonny on drums. Believing that great music and nerd culture pair like Langres and a fine champagne, these three brew an auditory frisson of AC/DC, The Cure, Bowie, and Rush with Dr. Who, Star Trek, Firefly, and MS3TK. Merciless and gritty like the writings of George R.R. Martin and sweet as Nana, this trio powerhouse has performed at Twin Cities Pride Festival, The Zombie Pub Crawl, Warped Tour Send off with Sick of Sarah, Girls Rock and Roll Retreat, and The Sister’s of Camelot Asylum Benefit.

Rob "Vash" Lewis is a well known costumer and con entertainer across the Midwest. Since first attending Sugoicon in 2005, Rob has been dedicating his time and effort to bringing Master class costumes and well loved entertainment to the many conventions he attends. Not only is Rob dedicated to providing quality entertainment to the attendees of the conventions he frequents, but he also teaches survival skills on his favorite genre – zombies. As a laboratory professional, Rob gives insight to the pathological side of the undead, educating the masses for the future. Rob currently resides in Omaha, Nebraska with his girlfriend and two pesky cats.

www.thatguywiththeglasses.com Lewis "Linkara" Lovhaug has had the misfortune of being cursed to review comic books on the internet. Somehow this has made him popular on the website That Guy With the Glasses, though many suspect it’s more so people can stare and laugh at the weirdo. On his show, Atop the Fourth Wall, he regularly contends with the surreal, the stupid, and the senseless books that the comic industry has produced over the last eighty years. If that wasn’t sad enough, he also has done a retrospective on Power Rangers (released on the schedule of when a blue moon rises on the 13th hour of the 13th day of the 13th month), actually attempting to grant serious analysis to a series about guys in spandex punching rubber-suited monsters. It’s best not to make direct eye contact with him.

www.quintonflynn.com
Quinton’s voice has been burning up film and television since he first arrived in Los Angeles from his native Cleveland. He is an A-list voice actor, having played such famous animated characters as Jonny Quest, Spiderman, Speed Racer, The Human Torch, Timon, Snowbell in Stuart Little, just to name a few. His television and film appearances include Teenage Mutant Ninja Turtles, King of Queens, Animaniacs, Woody Woodpecker, Robot Chicken, and many more.

His best known roles in video game franchises have been his work providing the english voices of Raiden in the Metal Gear Solid series, Axel in Kingdom Hearts II, and Reno in Final Fantasy VII: Advent Children the motion picture. If you’re hip to the anime scene you’ll know him as Iruka-sensei and Deidara in Naruto and Naruto Shippuden, Marcus Damon in Digimon Data Squad, and Carl in Blood+, to name a few.

Vic has been acting since he was 8 years old. Since then Vic has been in over 150 shows and video games, known for such roles as Edward Elric in Fullmetal Alchemist, Tamaki Suou in Ouran High School Host Club, Fai in Tsubasa Chronicle, Dark in DN Angel, Kurz in Full Metal Panic, Broly in Dragonball Z, Kougaijji in Saiyuki, Ikkaku in Bleach, Yukito in Air, Takanaga in Wallflower, Tatsu in Peacemaker, Luciano in Code Geass, Virgil Walsh in Trinity Blood, Hikaru in Macross and many more. Currently Vic is playing roles in the new Wolverine and Iron Man series on G4. He's also playing Zero in Vampire Knight, and Yoshimori in Adult Swim's Kekkaishi. He is also back in the role of Edward for Fullmetal Alchemist Brotherhood, playing Death Scythe in Soul Eater, as well as Pokemon, Naruto, Bleach and several others. Vic has also voiced roles in a large number of video games including Soul Calibur, Disgaea, Persona III, Sonic Colours, Project Sylpheed, DBZ, Bleach, FMA and more. Vic is also a professional music composer / singer / producer who has written and produced hundreds of pieces for TV, radio and CD. He sings the themes for shows like One Piece & DBGT, and has produced several CDs of his own original music, all available on iTunes. Finally, in addition to anime and music, Vic has a degree in film and is deeply involved as an actor and director in several web series like "Nuka Break", "Starship Farragut", and is executive producing a brand new TOS based series "Star Trek Continues". Vic works regularly writing, producing and directing video and film productions of all kinds.

Wendy Powell has been a professional voice actress for FUNimation Entertainment and Okratron 5000 for over 10 years. Most well known as the Homunculus named Envy in Fullmetal Alchemist, she's also starred in Yu Yu Hakusho as Mukuro, D. Gray-Man as Hevlaska, Shirguri as Iku, and Claymore as Ilene.

Wendy is also often known for smaller parts, in which she usually dies a most painful death. Some of her credits include: Katsuko Momose in Chaos Head, Emi in Baki The Grappler, Amick in Blue Gender, The Fever Demon in Shin Chan, Kyo’s Mother in Fruits Basket, Kasuga in Negima and Paula "Lady Death" in Trinity Blood. She has also voiced characters in: Baka & Test, Soul Eater, School Rumble, Kiddy Grade, Case Closed, Sgt. Frog, Peach Girl, xxxHolic, One Piece, Galaxy Railways, Tsubasa, Gunslinger Girl, Moon Phase, Glass Fleet, and many others.

As a teacher by day, evil villain by night (same job, right?), Wendy most loves the Theatre, with anime coming up as a close second.

Shinichi Watanabe (aka “Nabeshin”) is known to anime fans as a larger-than-life, iconic figure with an outrageous sense of humor. He directed the comedy anime series Excel Saga, Nerima Daikon Brothers, and Puni Puni Poemy, which feature frenetic pacing and appearances by his animated alter ego, a mysterious, recurring character with an afro and distinctive outfit who is tangential to the story. Nabeshin has also served as series director for The Wallflower and Tenchi Muyo! GXP, and he can be found in these series as well, in cameo or supporting roles.

Nabeshin has been quoted as saying that he places great importance in making viewers laugh. Stating that he values laughter as much as tears, his preference is to motivate viewers to have fun and enjoy a show. He reasons that his success stems from provoking the same, strong emotional investment—in a humorous way—as a traditional, sentimental story does.

Nabeshin has also written lyrics for the opening songs of Excel Saga and Tenchi Muyo! GXP, and has served as storyboarder and episode director for a variety of other anime series.

Nabeshin will be doing numerous panels at AniMinneapolis, including "Friday Night in Tokyo (18+)", "Q&A with Nabeshin's Afro," and more!

Greg Ayres can usually be found rockin’ out somewhere, whether animated or not. From the loud-mouthed Hideki in Nerima Daikon Brothers, to Koyuki, singing with the the band in Beck:Mongolian Chop Squad, he’s always glad to shake things up a bit. He is thrilled to be able to add the roles of Uesugi Kenshin in Sengoku Basara, Seikechi Tayama in Oh Edo Rocket, and Abe in Big Windup to his list of new roles. He can also be head as Son Goku in Saiyuki, Chrono in Chrono Crusade, Kaoru Hitachiin in Ouran High School Host Club, Yuki in The Wallflower, Leo in Ghost Stories , Satoshi Hiwatari in DNAngel, Kaworu Nagisa in the Director’s Cut of Neon Genesis Evangelion, Negi Springfield in Negima, Heihachi in Samurai 7, Jr. in Xenosaga:The Animation, Tsujido in Speed Grapher, Roan in Ragnorok The Animation, Yamazaki in Welcome to the NHK, Nowy in Glass Fleet, Gau Ban in Shadow Skill, Pope Alessandro XVIII in Trinity Blood, and a bunch of other titles he’ll probably forget to mention. Funimation has recently announced that Greg will voice the role of Kouta Tsuchiya in it's upcoming release of Baka and Test.

When he’s not in a booth with headphones on, you can usually find him sporting headphones of another variety behind “the decks”. A veteran nightclub DJ of many years, Greg has really enjoyed the oppor- tunity of doing something else that he truly loves at conventions. From packed rooms at anime conventions, to the legendary stage of The Knitting Factory (NYC), Greg never misses an opportunity to share his love of music with anyone who will listen.

Become part of the anime revolution.

AniMinneapolis 2023 is proudly brought to you by the incredible anime fans at AnimeCon.org, supporting the nerd community.